On the Cover
An Amazing Reunion from 6,000 Miles Away! 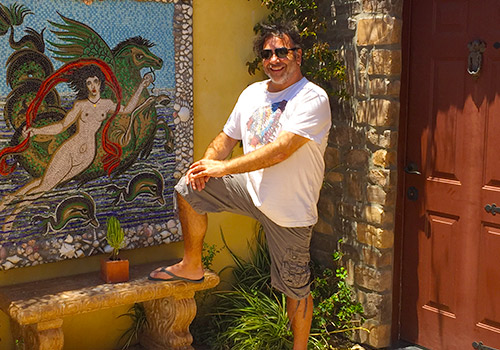 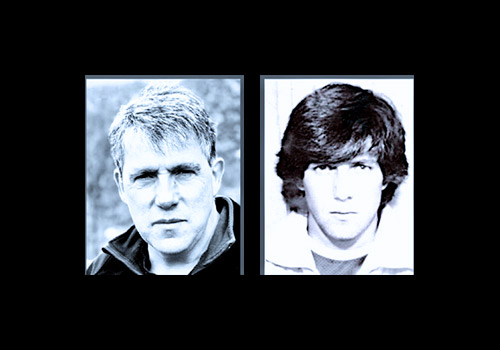 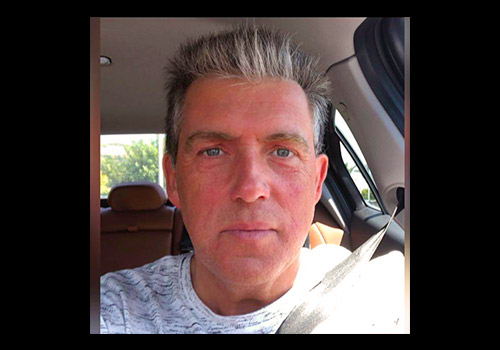 Decades after they were friends in a junior high school in Lucerne, Switzerland, Carmelo Fiannaca recently reunited, via email, with Juan Carlos Serrano â€“ thanks to SMC Community Ed.

The note, which was forwarded to Fiannaca and was written in German (Lucerne is in German-speaking Switzerland), said, "You will not believe it, but this is Juan from Lucerne. . . (We) were very big fans of the group KISS and had common school friends. . . I would be very happy to hear from you again and get back in touch."

"It's amazing," Fiannaca said about hearing from his former classmate. "I was just blown away."

The two were in junior high school together from about the ages of 12 to 15 roughly 40 years ago, in the mid- to late-70s. Although Fiannaca was born in Agrigento Sicily, Italy, his family moved to Switzerland when he was young.

Fiannaca said he has been corresponding by email and phone with Serrano and plans to visit him in 2019 in Barcelona.

"I remember him to be a shy teenager," Fiannaca said of Serrano. "He sounded very confident on the phone and he has really changed as a adult."

"The really unbelievable thing is I've never been to Barcelona and I'm the biggest Gaudi fan, and my work is like Gaudi," he said, referring to the Spanish architect whose work â€“ which often incorporates mosaic art â€“ is found all over Barcelona.

Fiannaca, whose commissioned work can be seen throughout America (including John Wayne's former estate), has been teaching mosaic art at SMC Community Ed for seven years. Though he plans to return to Sicily this month to buy a house and eventually create an art and cooking retreat, he said he loves doing the course so much he will return to Los Angeles twice a year to teach. His Introduction to Mosaic Art and Mosaic Art II classes both begin Oct. 20.

Fiannaca has been creating art from a very young age. By 10 years old, he gained attention through his comics and stories, whose illustrations showed advanced abilities in art. During a summer trip to Sicily, Carmelo discovered the Cathedral of Monreale in Palermo where he became inspired to explore the color, texture and surfaces of mosaic art.

The path that led Fiannaca to SMC's art school was actually a musical one. A guitarist, he came to Los Angeles in 1993 to study at the Musicians Institute in Hollywood. Afterwards, he started playing in clubs and bars in Hollywood with a band called Big Muckamuck, whose lead signer was Tequila, a well-known vocalist.

"That's what kept me here," he said. "I remember thinking, 'This is fun.' But on the side, I was making mosaic tables."

Fiannaca is looking forward to reuniting in person with Serrano.

"I think there are no coincidences in life," Fiannaca said.  "Once a situation like this unravels you have to explore it. I can't wait to sit with him in Barcelona and have a glass of wine and some tapas over a nice conversation about our lives."

What's New
Community Ed Reaches Out to Our SMC Family! 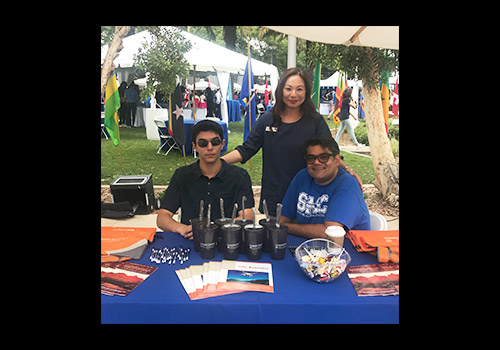 But another important constituency is in our own back yard â€“ SMC students in the academic program, their parents, and SMC employees (in the past we've talked about special classes and programs that our non-teaching employees have benefited from.)

So, it was with great pleasure that in recent weeks I was able to do some outreach to new SMC students in the academic program, parents and student leaders.

On Aug. 21, we hosted a group of about 42 President's Ambassadors and members of the Associated Students Board. President's Ambassadors are the official student representatives for SMC and the President's Office. They showcase the excellence of the college to the community and are role models of professionalism, hospitality, character, and SMC Pride. The Associated Students Board works hard to represent the interests of the student body and make important changes in enhancing student life at the college.

The group toured the Bundy campus, where Community Ed is located, and I had an opportunity to talk about our program. The students also got a tour of the Nursing Program lab, also located at the Bundy campus.

We were told later that the students very much enjoyed their tour of Bundy and all that they learned.

On Aug. 24, we set up a table at the annual VIP Welcome Day, which gives our new students and parents an opportunity to learn about SMC's many programs and services. It was the first time we had a table at the festive event. We distributed brochures and gave away Community Ed tote bags and plastic liquid containers and had the opportunity to talk to a number of incoming freshmen and their parents just days before the beginning of the fall semester.

A lot of people didn't seem to know about our program so both of our outreach efforts proved to be a great way to get exposure. And both the student tour of Bundy and the VIP Welcome day demonstrated that even though our program has done a lot to raise its visibility, there is always more that can be done.

We're looking forward to repeating these outreach efforts next year!

Behind the Scenes:
Anita Gill - Your Guide to Nonfiction Writing 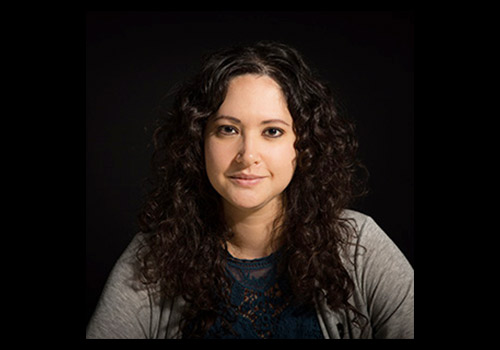 SMC Community Ed instructor Anita Gill has always been in love with the written word, particularly in nonfiction forms. And now she's spreading that passion for writing as a teacher, focusing on blogs, memoir and essays.

Anita Gill started her award-winning writing career with a book blog. "I love reading," she said, "so I decided to have a blog on books, to start to be an informal book reviewer."

But after awhile she gave up her book blog and progressed to essays and memoir. In fact, she is currently writing a collection of essays about growing up in a mixed-race family â€“ her father is from India, her mother is German-Polish â€“ and the issues of identity culture and trauma from her experiences.

Gill started teaching a Blog Writing class at SMC Community Ed this summer and will be taking over the Memoir Writing class in October after Monona Wali stopped teaching the course a year ago. Gill was impressed with her students' blogs, one of which has been published on Community Ed's blog site, SMC Mindspace. Gill has also taught English-as-a-Second-Language (ESL) in SMC's academic program for the past five years.

She has published her writing in blogs for Brevity, Women Who Submit (both of these links will get you to pieces she wrote that can help writers of any form), WordTrance, and other venues. Her writing has appeared in McSweeney's Internet Tendency, The Rumpus, Hippocampus Magazine, and elsewhere. She won the 2018 Iowa Review Award in Nonfiction for one of her essays.

For the past few years, she has been a volunteer teaching some evening creative writing classes for a nonprofit, including the personal narrative, which is similar to memoir writing. The key difference is that a narrative focuses on an event, while a memoir centers on an individual, who is usually the writer of the book.

I love the opportunity to read and listen to my students' work. Every student has a different voice and tone in their lines, and I'm always impressed with their work.

I like discussing the types of blogs out there and helping students figure out what their platform will be about. It's wonderful to watch their faces light up as they explain the things they're passionate about.

What kinds of students have you had so far at SMC Community Ed?

My students have been of a variety of ages and backgrounds. It has been great because the students not only enjoy the content of the class, but they also love to better understand their classmates.

What books are on your nightstand?

I don't have a nightstand, but I have a list of books to read. Some of them are memoirs like All You Can Ever Know by Nicole Chung and Muslim Girl: A Coming of Age by Amani Al-Khatahtbeh.

Along with teaching workshops, I lead a local chapter of the organization, Women Who Submit. Our organization welcomes women and non-binary writers to meet once a month to discuss and encourage one another to submit work to journals, agents, and contests.

Perspectives:
A Confection of a Tale Just Got Sweeter! 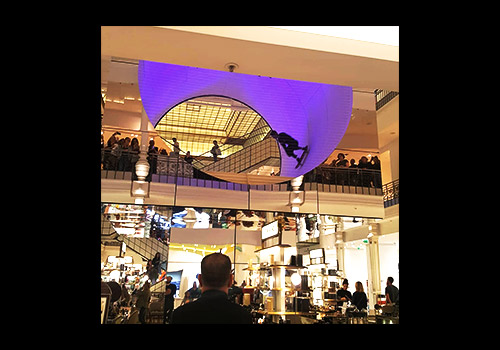 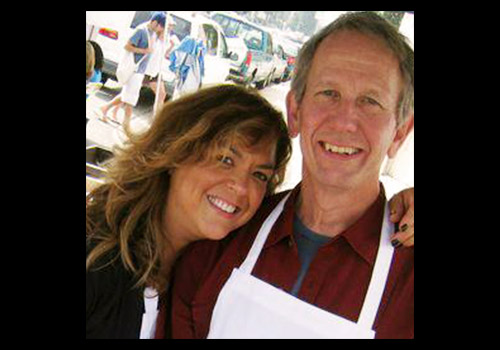 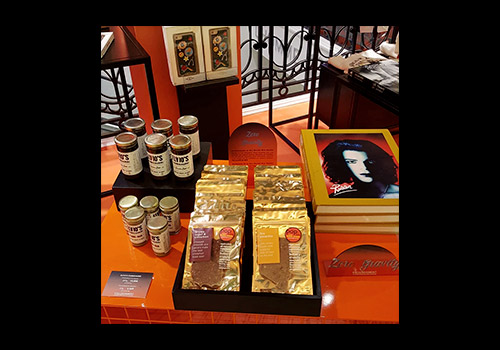 Here is a Facebook post (also on Instagram) from Rachel Flores and Bill Waiste in Paris â€“ and I'll explain why we at SMC Community Ed are so pleased to see it:

SMC Community Ed reported in last month's Sound Bites issue the story of how our French instructor helped out a Santa Monica mom-and-pop confection business prepare for the trip of a lifetime to Paris.

As I write this, Flores and Waiste, owners of p.o.p. candy co., are in Paris at the invitation of the historic, high-end Le Bon MarchÃ© department store for its Los Angeles Rive Gauche Exhibition. The exhibit is Bon MarchÃ©'s annual, month-long and hugely popular tasting event, which focuses on crafted food items from a particular city â€“ this year, L.A., and last year it was Milan, Italy.

The couple has been in Paris since early September, displaying their product for tasting at the event â€“ and loving every minute of it.

And before they departed for the City of Lights, they got some help from our French instructor, Harriette McCauley. According to Flores said McCauley has been a wonderful and helpful tutor, already bringing with her workbooks and maps of Paris to their first meeting.

It's also worth mentioning that the couple liked SMC's Community Education's "Sound Bites" article so much that they have reached out to the Santa Monica Daily Press to persuade them to feature the story of how a small Santa Monica business teamed up with a perfectly suited SMC Community Education instructor to prepare for a truly grand event in the "city of lights" â€“ Paris.

Let's hope the newspaper follows up on this "sweet" story!  I'm hopeful that sharing this unique story will help to spread the news that SMC Community Education has many resources and learning opportunities that can benefit local businesses and entrepreneurs.