On the Cover
The Delicious Secrets of Sushi Girl 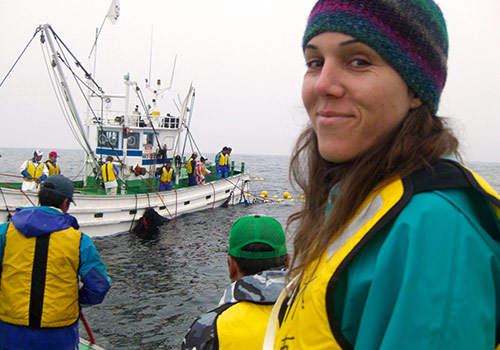 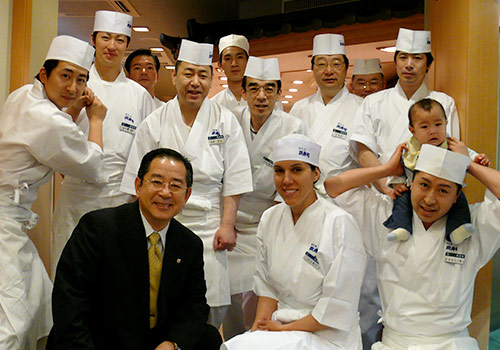 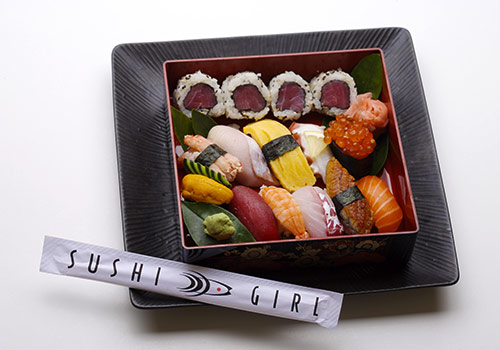 It's all about the rice.

"I really do believe the reason people start to like sushi is the rice, not the fish," says SMC Community Ed instructor Nikki Gilbert, aka The Sushi Girl. The secret to good sushi is the subtly vinegared rice, she posits.

And Gilbert reveals her secrets when teaching classes or hosting sushi making parties. And when she caters meals, her diners might not know the secrets of her cuisine, but they like what they taste.

Gilbert has the perfect resume for sushi chef and teacher. A native of Venice, California, she stumbled upon a passion for Japanese food in her teens while working at Mikasa, a favorite restaurant from her childhood.

She moved on to college, first at SMC and later at UC Berkeley, and took her enthusiasm for all food things Japanese and talked her way into a job as the only non-Japanese speaking employee at a sushi bar in Berkeley.

After graduating from UC Berkeley with a degree in Ethnic Studies, she moved to Kitakyushu City, Japan where she was hired by the prestigious Japan Exchange & Teaching (JET) Programme, which is aimed at promoting grass-roots international exchange between Japan and other nations.

She found a home away from home in a local yakitori (a Japanese type of skewered chicken) bar and spent three years "soaking up every ounce of Japanese culture possible," she says.

Through Sushi GirlÂ®, Gilbert has taught ten of thousands of people to make sushi for themselves, including some of the world's most famous celebrities. She has worked and trained in sushi bars in both the U.S. and Japan, including the renowned Masazushi in Otaru. She speaks enough Japanese to get by and says she likes to go to Japan about once a year.

Gilbert is something of a purist when it comes to sushi - she makes it light and simple and fresh.

What are some of the trends in sushi making?

There are always things that surprise me â€“ like putting wasabi on sushi as if it's frosting and then ginger and soy. Others have created southeast or Latin flavors. And then there are sushi burritos, but you're missing all the subtleties.

Is sushi making an art?

I know some people think it's an art, but for all foods, presentation is the art. I like practicality with design, function with form. In other words, I like all presentation to enhance the taste of the food, not the artistic expression of the food as still life.

What is one of the main fallacies about making sushi?

That you have to make rice for 10 years before you can touch fish.

What is your idea of a perfect day?

What is one of the best compliments you ever received?

That I make the best sushi rice.

What was the last picture you took with your phone?

What book(s) are on your nightstand now?

"The Notorious RBG: The Life and Times of Ruth Bader Ginsburg" 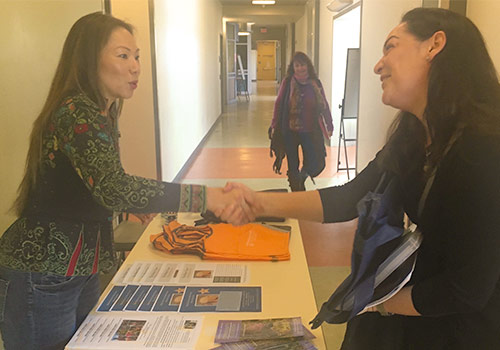 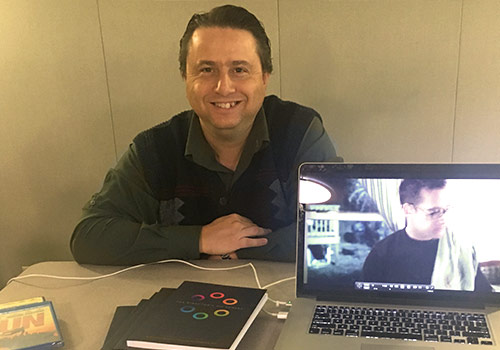 Film and screenwriting instructor Simone Bartesaghi at the 2017 Open House

More than 20 instructors will be on hand to talk about their classes, including art, Italian, French, dance, Reiki, photography, health and fitness, stand-up comedy, basketball, writing, singing, sushi making, tarot, web design and more. You'll be able to enjoy instructor mini presentations and demonstrations and to receive 15 percent discounts if you register for classes at the Open House.

As a thank you to our enthusiastic community members who support our annual event, for the first time, we will be holding a raffle drawing for various prizes, including gift cards and gift certificates, after the presentations. Light refreshments will be served.

You can drop by any time between 10 a.m. to 2 p.m., and we think you'll be pleased by the wide variety of classes that will be offered in spring. In fact, we have slated more than 144 classes and workshops, including several new offerings, for the Spring Semester, which begins Monday, Feb. 12.

Visit our website at http://commed.smc.edu to register for classes online 24/7. Please don't hesitate to contact us if you have questions about our Open House on February 3 or our classes. You can email us at commed@smc.edu or call us at (310) 434-3400.

Behind the Scenes:
Tech Pack Supports Our Booming Fashion Industry 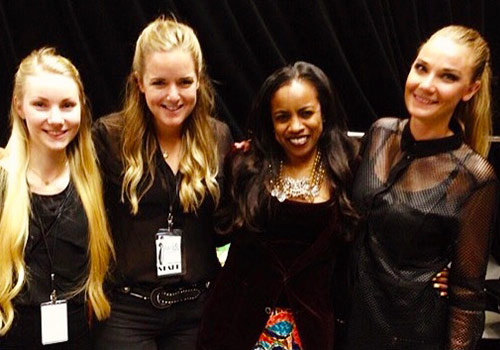 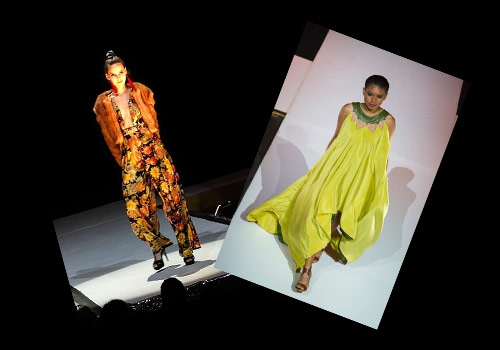 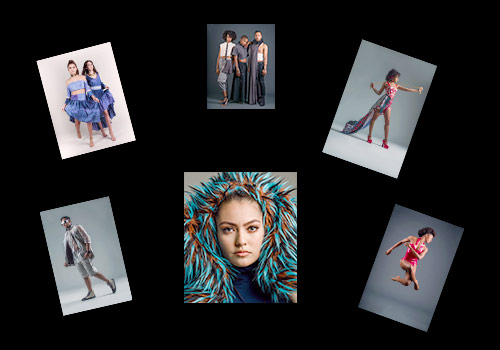 SMC Extension/Community Education's exciting new fashion program taps into a vibrant national industry that contributes billions of dollars to the economy each year in both the nation and in Los Angeles, the second largest fashion center in the U.S.

And one aspect of this important economic sector is that U.S.-based fashion manufacturing benefits from new trends in the retail industry, which often demand small-batch, fast-turnaround products to meet fast changing consumer tastes. U.S.
production allows for a product to be conceived of and produced in weeks.

But to ensure the quick turnaround, it's important to have an efficient Fashion Tech Pack - one of the courses being offered by Extension/Community Ed - set in place for ease of production and accuracy of the products being made.

"In 2015 alone, consumers spent nearly $380 billion on apparel and footwear," according to a report by the U.S. Congress Joint Economic Committee. "The industry, which encompasses everything from textile and apparel brands to wholesalers, importers and retailers, employs more than 1.8 million people in the United States. It relies on workers in a wide range of occupations, including fashion designers, market research analysts, computer systems developers, patternmakers, sewing machine operators and wholesale buyers."

The fashion industry is particularly important in Los Angeles. The Congressional report notes that the "Los Angeles area employs more than 99,000 people within the apparel, textile and wholesale industries, and the textile, and apparel industries pay almost $7 billion in wages to workers in the region.

"The Los Angeles area employs about one-quarter of all of the fashion designers in the United States," the report continues. "Local apparel companies earn almost $18 billion in revenue in Los Angeles. As a sign of how far Los Angeles has come, in 2012 Saint Laurent moved its main design studios from Paris to Los Angeles. Recently Saint Laurent even presented its fall 2016 men's and pre-fall 2016 women's collections in Los Angeles."

For students of fashion design, learning how to create a Tech Pack is a must, says La Tanya Louis, who teaches the class and is also the producer to SMC's widely praised LA Mode, the annual student fashion show. It is a vital tool used in today's apparel manufacturing industry to provide the critical blueprint necessary to mass-produce a garment according to modern standards and technology, she says.

Louis notes that the class is also useful for those already in the industry who want to upgrade their skills and for those who are re-entering the field after taking a break. It's also a needed skill for entrepreneurs who want to start their own clothing line, which requires the understanding of how to communicate the production process with manufacturers.

And the advantage of being a designer and entrepreneur in the City of Angels?  Explains Louis, "It's easier to enter the industry in L.A. than New York. New York has more hierarchy or more of a well-established pecking order, because it's the fashion capital of the U.S. And there's more freedom to let your creativity blossom in L.A." 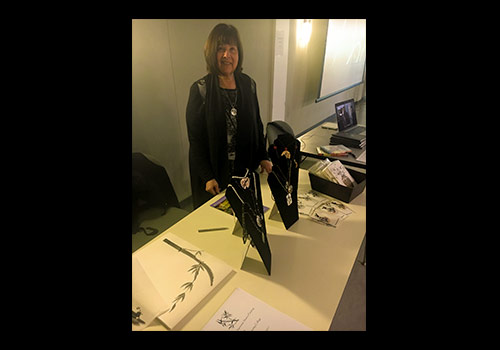 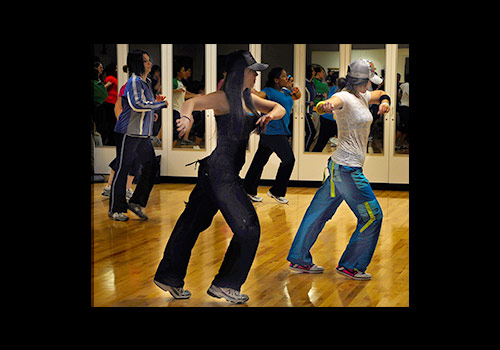 Our Winter Session is under way and off to a great start, but it's certainly not too early to think about spring!

It's always a treat to unveil an extraordinary array of classes for both personal and professional development for our Spring Semester, which begins Feb. 12. In fact, we're offering more than 140 classes and workshops, including several new offerings.

And, as Alice Meyering said in her column, you can learn more about our classes and get a 15 percent discount if you attend our Open House Saturday, Feb. 3.

We're excited to be offering such an eclectic mix of classes and workshops that guide our students to creative expression, healthy minds and bodies, new careers, language skills and much more.