On the Cover
Bryan Ricci in Living Color 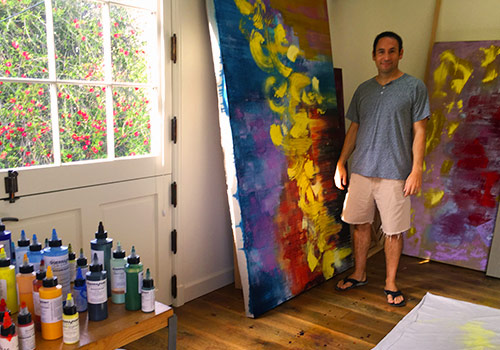 Ricci in his West L.A. studio 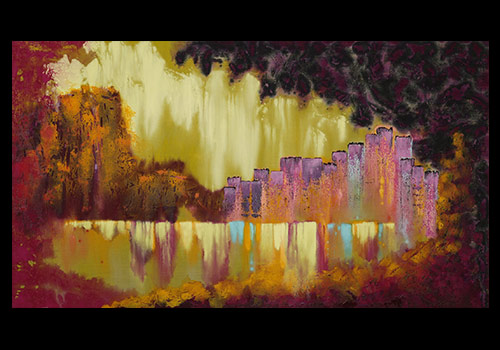 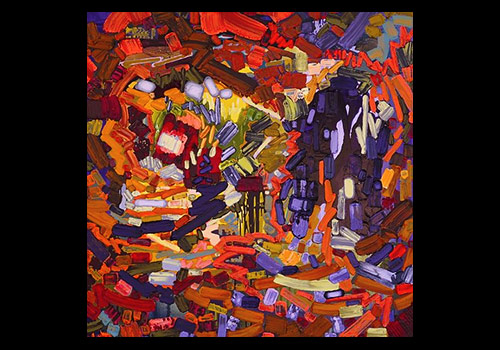 Bryan Ricci not only paints in vibrant colors, he thinks about what color means in contemporary Los Angeles.

The painting instructor - who has taught at SMC Community Ed for three years and also teaches at Loyola Marymount University and gives private lessons to elementary school children - continuously explores themes of modern life in his art work.

Lately, he has been focusing on color and the application of paint in abstract forms.

"The work that I make now is about a process of application of paint, and I'm doing things with paint that maybe hasn't been done before," Ricci said in an interview in his West Los Angeles studio.

But he's also excited by a recent show of his in Brisbane, Australia called "Chromophilia," a celebration of color that was informed by the book "Chromophobia."

"Color is really important and it reflects my life," he said. "It's why I came to L.A. from New York."

He explained that the vibrant colors of Los Angeles - reflected in its natural environment, architecture and diversity of people - captured his imagination when he first visited the city in the late 1990s. He moved to L.A. in 2000 to attend graduate school at Otis College of Design & Art, where he earned a Master's of Fine Arts degree.

But to his chagrin, he has noticed that L.A. is becoming increasingly beige -- reflected in recently constructed apartment buildings, McMansions and other elements of the city's built environment. Hence, in reaction to that, he turned to a celebration of color.

Ricci has explored many styles of painting in his career. He started out as a landscape painter and is interested in going back to that.

"My landscapes will be a tribute to the environment because we're in dangerous times," he said. "I'm hoping the paintings will help me or others remember what is important."

A native of upstate New York, Ricci received his BFA from Purchase College School of Art and Design SUNY in 2000. He has been exhibited widely across the United States in group and solo shows, including his 2005 solo show "A Closer Look," held at the Natural History Museum of Los Angeles. In 2006 his art appeared as part of an exhibit of American painters at the Insa Art Center in Seoul, South Korea.

In the Winter Session he will teach two classes - Landscape Painting and Paint Anything! (both of which begin Jan. 7).

"I really love to teach," he said. "I like to keep an art conversation going. And it helps my work too."

Bryan Ricci will teach - Landscape Painting and Paint Anything! (both of which begin Jan. 7) in the Winter Session.

What's New
Open House Jan. 21 - Get Discounts! Not to Be Missed! 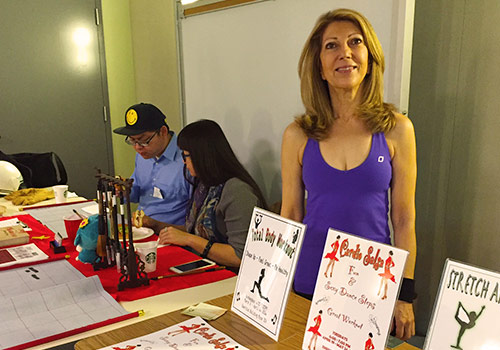 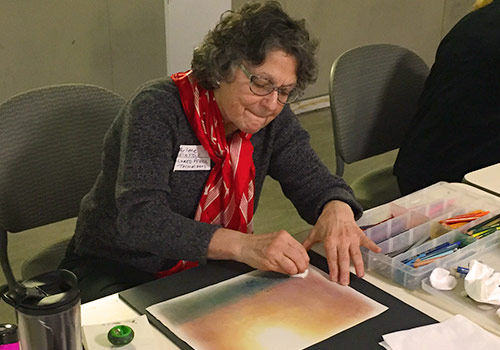 from the desk of Alice Meyering
Thanks to the runaway success of our Open House 2016, we will be bringing the event back on Saturday, Jan. 21, 2017 - featuring class discounts, mini presentations and more.

The Open House, from 10 a.m. to 2 p.m. will give attendees a chance to meet instructors and staff and learn about the rich variety of offerings in the Spring Semester. It will be held at the SMC Bundy Campus, Room 123, 3171 S. Bundy Dr., Los Angeles. Ample free parking is available.

As we have done in years past, we will again be offering a one-day discount of 15 percent for all on-ground classes registered during the visit.

Details are still being worked out, but we will be sending out more information via emails, social media posts and the January edition of this newsletter.

We are getting great response from the instructors for the 2017 Open House because they - and all of us at Community Ed - were so encouraged by the enthusiastic turnout earlier this year, and we want to improve on our success.

We know that the Open House and, to a certain extent, our annual Instructor Recruitment Fair, really allows our public to get to know our staff, our way of operating, and our standards. These important events also promote mutual understanding and support as well as opening up channels of communication, which is ultimately our goal.

We know that we are very privileged to enjoy the continual confidence and support of our beloved community, and we strive to do better every year. Even with our limited staff, we have built a team that truly wants to serve our community and students, and make Continuing Education not just a big part of our lives, but a big part of everyone dedicated to learning.

Our very best wishes for a joyous holiday season and a wonderful new year!

Registration is open and can be completed online at http://commed.smc.edu or by calling (310) 434-3400 or emailing commed@smc.edu.

Behind the Scenes:
Breathe India, Auroville and a Family's History 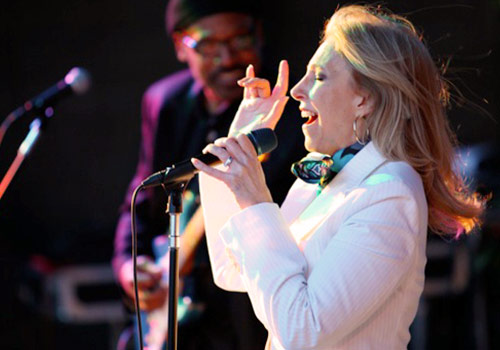 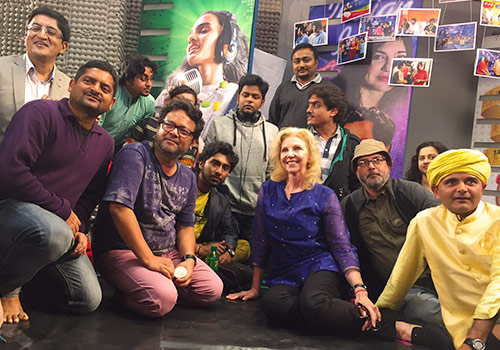 Heather Lyle with students at an "Indian Idol" Academy in Kolkata, India 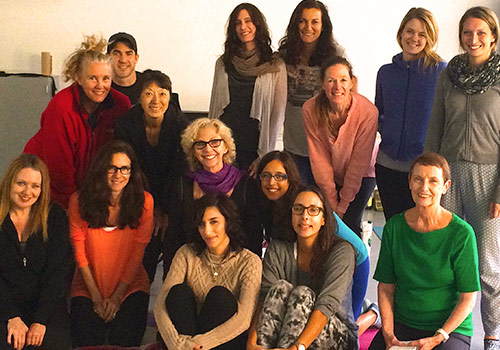 Vocal Yoga and singing instructor Heather Lyle has performed and taught her unique style of vocal pedagogy all over the world. But her upcoming expedition to India has special meaning because she will be teaching for the first time at what could be called a Utopian-like town that her father helped to build in the 1960s.

The SMC Community Ed instructor, along with Catherine Fitzmaurice, will be leading the Breathe India workshop, teaching Fitzmaurice Voicework

and the Heather Lyle Vocal Yoga

in Auroville, India, Jan. 3-11. The eco-community, dubbed "The City of Dawn," is outside of Puducherry (Pondicherry) on the southeast coast of the South Asian nation.

"This will be an incredible experience as Catherine and I, along with five Fitzmaurice Voicework

master teachers, conduct a unique workshop for 24 students coming from throughout the world, including Australia, South Africa, Ireland, the United States, Austria and Spain," Lyle said.

Lyle, a Los Angeles native whose parents she described as "Beat Generation intellectuals," grew up in a nontraditional family whose father was a painter and mother a writer. Lyle said her father, who was given the name Auro Arindam in India, and an artist friend of his found they were painting an unknown woman repeatedly and didn't know why. Then they saw a photo of Mother (Mirra Alfassa) of the Sri Aurobindo Ashram whose face matched the woman they were painting, and they headed to India.

Both artists thought they would spend their time painting at the ashram, but Mother had other plans in mind. She had a dream that all people of all nationalities and all faiths could come and live in unity. In the early sixties, a group of devotees were sent to clear brush, plant trees and build structures in the desert. Lyle's father was sent by the Mother in 1965 to help create the community, which opened in 1968. And thus, Auroville was born.

By then her parents were divorced, but her nontraditional upbringing in the Fairfax district continued as she started yoga in 1969 at the age of 12 - when there was only one yoga studio in Los Angeles - and she pursued her childhood dream of being a singer. She received Bachelor's and Master's of Music degrees from Cal State Northridge and did Ph.D. work at Indiana University.

She's sung all kinds of music, including opera, but for the past 20 years has performed mostly jazz vocals with her band Blue Cat Express. She developed Vocal Yoga and wrote a book "Vocal Yoga, the Joy of Breathing, Singing and Sounding." (She's currently writing her second book, "Vocal Yoga: The Science of the East Meets the Science of the West.")

Fast forward to 2013 when Lyle's book ended up in the hands of Fremantle Media's "India Idol" competition in Kolkata. She was invited to help develop vocal pedagogy for 60 "Indian Idol Academies" that were being created by "Indian Idol" to give young people a chance to train vocally who wouldn't otherwise have the opportunity. After that gig ended, she decided to see Auroville for herself, nearly 50 years after the birth of the community of 2,400 that her father helped to build.

After staying in Auroville, she was inspired to organize Breathe India with her friend Fitzmaurice, who was born in India but now lives and works in Los Angeles.

"I'm so excited about the possibilities and rewards of Breathe India," Lyle said. "The spiritual component and family history make this particularly special to me."

Heather Lyle will teach Vocal Yoga and Contemporary Singing Techniques this spring at SMC Community Education. Registration is open for her classes 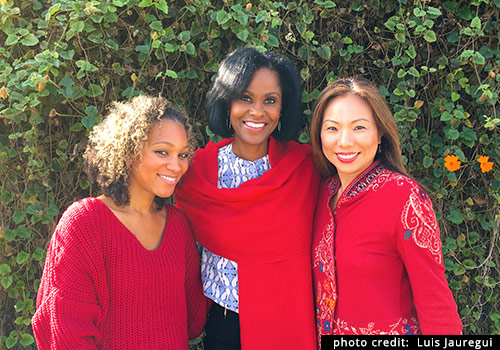 'Tis the season for giving, and rather than crowd into malls trying to decide what to buy for your loved ones and friends, maybe you could consider giving the gift of education.

A gift certificate to one of our classes can give the recipient enlightenment, the thrill of learning to create art or play music, the satisfaction of feeling more fit, or the delight of learning a new language. We're offering hundreds of classes this Winter and Spring, and we believe our instructors give the best gift of all - the gift of lifelong learning.

Our very best wishes to you and yours for a joyous holiday season and the happiest of new years!